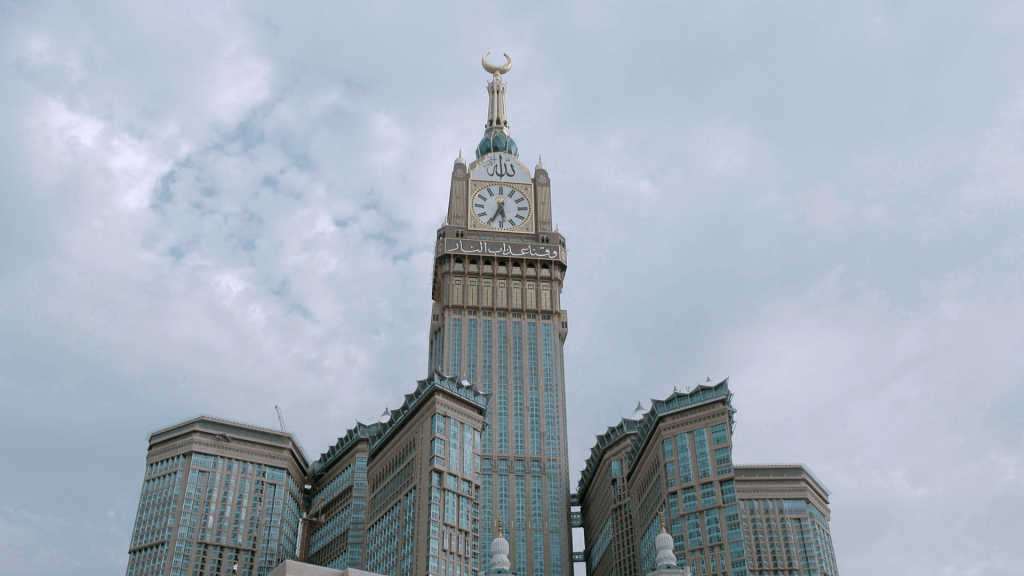 Shot over the course of 4 years in 10 countries across Europe, in the Middle-East and in the United States, The Makkah Clock tells the astonishing story of the construction of world’s biggest clock, from the initial conception to the inauguration of one of the most innovative construction projects of the 21st century.

Bensalem Bouabdallah’s stunning documentary The Makkah Clock explores the engineering breakthrough behind the development, fabrication and installation of the largest clock ever built. Each of the 4 clock faces is 43 meters in size. One of the clock drives weights over 21 tons. The Makkah Clock Tower is 607 meters high and currently the second tallest building in the world.

The documentary The Makkah Clock reveals the Holy Site in Makkah in a way that has never been seen before and not least proves the eternal unity of science and Islam.