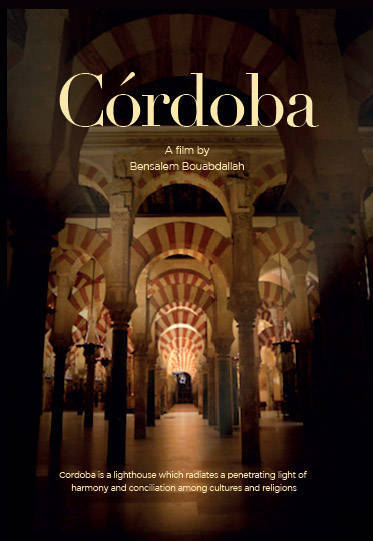 The venerable Mosque of Córdoba is Córdoba’s most famous monument – by which the city itself is known throughout the world. Most people cannot think of one without the other. This jewel of sublime architecture is recognized as Europe’s most important Islamic site and was designated a UNESCO World Heritage in 1984.

In 2006, many centuries after its construction had been completed, the Bishop of Córdoba registered this ancient monument at the land registry in the name of the Catholic Church – immediately triggering a dispute between activists seeking to preserve its Islamic heritage and the Catholic Church which has claimed the building as its own. The outcome of this confrontation will inevitably influence, for better or for worse, the future of Islam in Europe.

The film Córdoba investigates the origin of the ongoing conflict surrounding this controversial misappropriation of the Mosque by the Catholic Church and explores both the motivation for and the legal basis, if any, of this registration. The film also examines the wider consequences of the claim made by the Bishop of Córdoba, especially in terms of the impact it is having on education and inter-faith dialogue, emphasizing the unique role which the Mosque enjoys as a universal symbol of peaceful co-existence and fostering good relations.

It is in this context that the film opens ‘windows’ which look out on and back into aspects of the distant history of the Iberian Peninsula during the era when the First European Renaissance flowered in Al-Andalus – offering in the process contrasting views of the golden age of culture and tolerance which characterized Andalusian society at that time. From this perspective, the film transcends the politics of the present, to offer a message of peaceful co-existence and cultural diversity for the future.

Selected for the Konia Film Festival, Turkey.
The film was launched in Cordoba and Granada in March 2020.