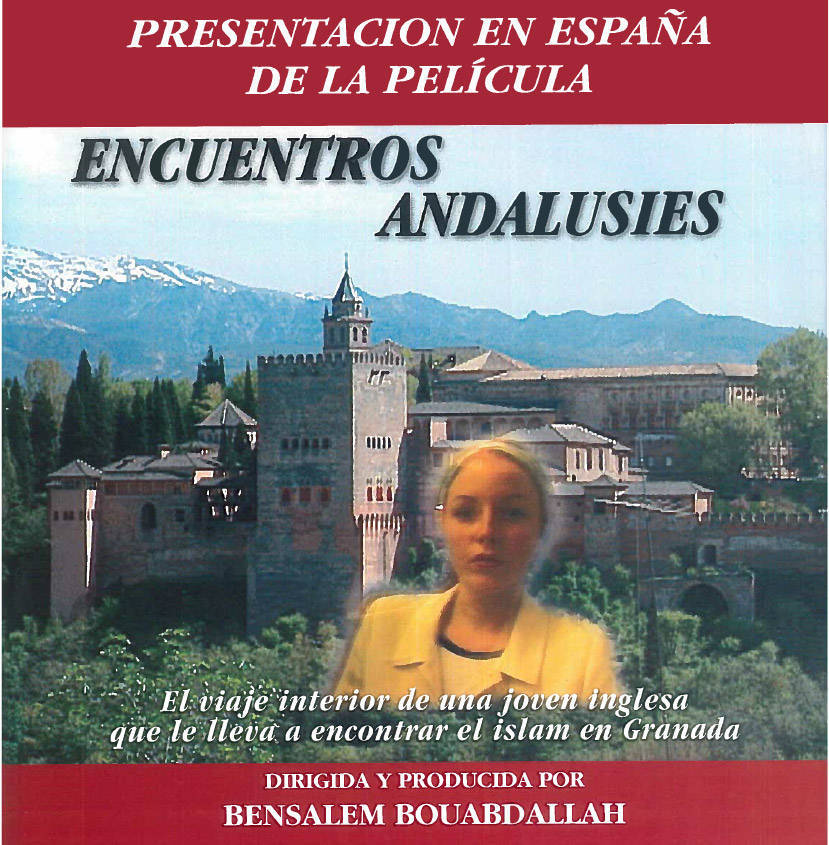 Shown at public events across the world including in Spain, Italy, France, Switzerland, United Kingdom, Canada, Turkey, South Africa, and Algeria. Also shown at the The Arab Screen Independent Film Festival in Doha, Qatar in 2001, and at Film Festival in Zanzibar in 2001.

Filmed against the magnificent backdrop of the snow-capped Sierra Nevada in the beautiful city of Granada, for centuries graced by the famed Alhambra Palace, Andalusian Encounters traces the collections of a young English woman as she relives her personal journey of self-discovery which begins in England and culminates in Spain. Alison sets out to rescue her friend Simon whom, she hears, has inexplicably accepted Islam, only to find herself inexorably reaching the same conclusion as him and setting out on a completely new quest of a profoundly different nature.

While Andalusian Encounters explores the existential and spiritual transformation which Alison, now Aisha, experiences, this is not simply the story of one individual, for it is set within the context of the community of Muslims through whom she discovers the practice and meaning of Islam, as well as within the much broader sweep of the history of Spain itself, which for almost 800 years was ruled by Muslims, or the Moors, as they are sometimes called. Much of the culture and colourful traditions of Spain, which are not only reflected visually but also echoed in the rich and varied soundtrack, are rooted in this history, a history which has been given fresh life and meaning by the emergence of the new indigenous Spanish Muslims of Granada who are seen at the very beginning of the film laying the foundation stone of the first mosque to be built in Andalusia for over 500 years.

Andalusian Encounters provides a unique and refreshing new perspective from which to view the past and the present, not only through the eyes of Aisha, and not only through those of the Amir of Granada and the Bishop of Granada who discuss the relationship and relevance of Islam to Spain – but also for anyone who may have shared the experience and tasted it, without having been able to put it into words.